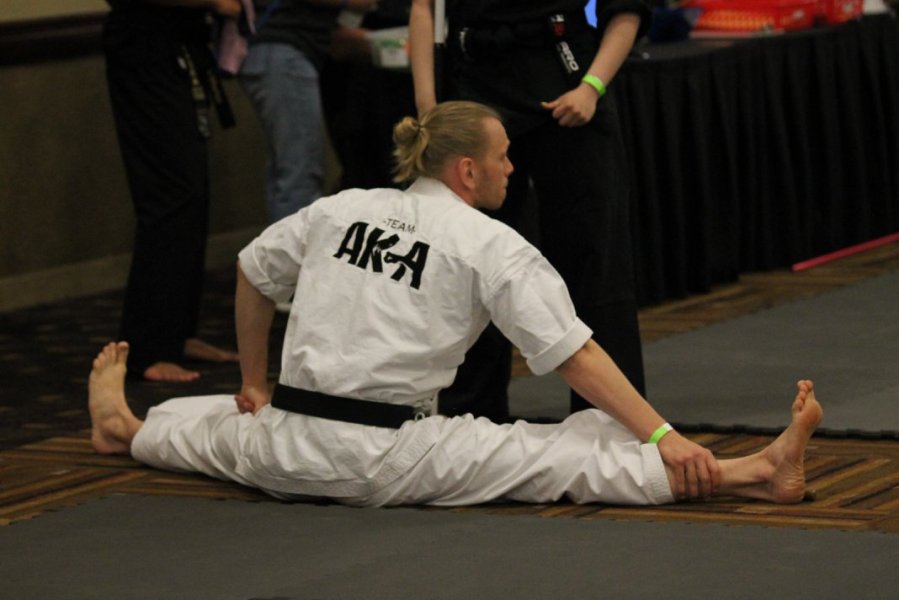 It’s been a little bit since I’ve posted here, and that’s because the last month and some change have been so, incredibly, ridiculously full of activity, driving, and networking that I feel like I’ve barely been able to slow down enough to change my underwear, not to mention write a whole blog post.

However, this post has been sitting in drafts since the beginning of May. Other stuff just kept on happening, and I kept on waiting to post it. So, here comes the whirlwind update with lots and lots of photos!

A little over a month ago I was pushing hard to get back to work and reality after a whirlwind weekend involving 40 hours of driving, two days of competition awesome-ness, 4 states, another country, one whole thesis reading and a fair amount of laughter (plus a whole audiobook).

It all started on a Wednesday evening. For the last few years, I’ve been quietly working on my Master’s Degree in Creative Writing. It’s actually the reason this whole blog came to be and has given me a lot of neat opportunities. It’s also been a fair amount of work! But, all in good fun. That Wednesday evening was my Thesis Reading. It was the thing I’ve been working on since the first class I took at Mt. Mary and I had to read part of it to a room full of people to see if they liked it.

The general consensus was positive. But you can check it out yourself! Here’s a link to the full, glorious escapade on YouTube!

It was an evening full of words, stories, and neat ideas. I was one of four people reading and all the readers did a wonderfully!  Everyone told me it was great, so we’ll go with that. I’m always my own worst critic, so you’ll have to take a gander at it and let me know what you think.

After this reading, I had a celebratory beer and wings (literature!), then went straight into the car to begin the epic drive (with my Dad!) to Quebec City, Canada. It was a 19-hour drive and we were starting it at 10:00pm. 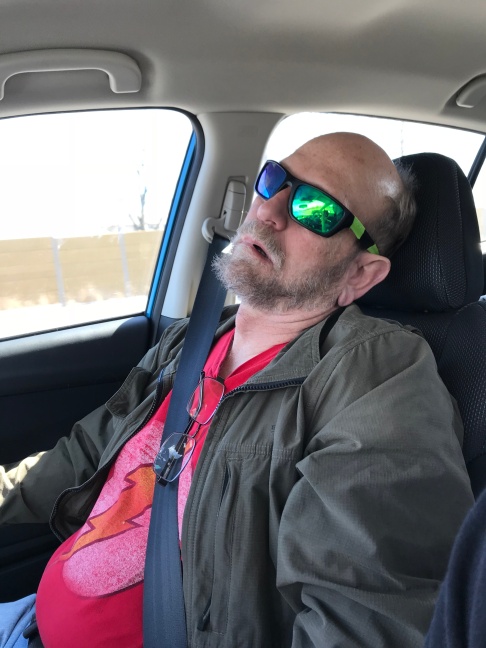 It was a VERY long day.

After an eye-searing 27 hours or so, which did involve a pit stop in Kalamazoo (Thanks, Blake!) We were in Quebec City!

The next morning we were up and exploring the city a bit. We found some pretty cool stuff.

Once we finished our wandering and had some pretty kickass crepes for breakfast, it was time to get to work.

The whole reason for going to Canada was to compete in and photograph/video/write about the Quebec Open. This is a tournament that has been something of a rising star in the NASKA circuit for the last few years. The whole event was fantastic, and I loved it. If you want to know exactly what I thought of it, check out the SportMartialArts.com article here! Then look at some photos. I took some of them. I can’t tell you which ones, but let’s just go with “the cool ones.”

I didn’t do too bad myself in the runoffs, but I also didn’t make it to the nighttime stage. Which is where the real glory of the Quebec Open struts its stuff.

It was like something out of a movie and it was completely fantastic. For my first time, it was everything I was hoping for and a bit more. There were phenomenal competitors and the entire event ran incredibly smoothly and with a great sense of camaraderie. Plus, I had more than a little fun with all the staff at SportMartialArts.com and managed to have a great time with my Dad as well. This was actually his first time coming to a big tournament like this and seeing how it all runs and works from the non-spectator side.

We had some good talks.

After the night show, I jumped into the car, picked Dad up from the hotel, and we drove through the night to get back to Madison.

All said and done, we put something like 3,000 miles on the car in 4 days. It was a whirlwind of gas stations, a Jack Reacher Audiobook, and a whole lot of conversation about every topic under the sun, and then a few that no light of day has ever seen.

It was absolutely fantastic.

The thing about crazy long road trips, however, is 9 hours or so after I got back to my apartment, I was back in the car and driving to work. Hello Monday, I sincerely don’t like you today!

But, being able to talk about both my tournament, the things I have learned, and the great competition I was able to be a part of, is something that I always think is invaluable to me, and to my students.

Fast forward a few days. It’s now Sunday. Lia and I have our first day together in what feels like 100 years and we bump around Madison on a gloriously sunny day, shopping, exploring, and generally being a couple together. Something that doesn’t happen nearly as often as it should (darn schedules!).

And we were able to have this moment on a sunny day over some local beer.

First grey hair! We laughed, we almost cried, and we had another round.

Fast forward another week and I’m at the Infinity National Championships.

I could tell you all about it, but I ALSO wrote an article for them, which you can find here.

So, y’know, read that instead…

Last year I’d torn my hamstring and wasn’t able to compete. This year I was fully healthy and had a great time competing! I was able to snag first places in all of my divisions and won a spot in the night show. Which Mr. Jacob Wolfmann has made an amazing video about. Check out Martial Studios for some really top-notch work.

This tournament is always a lot of fun for several reasons.

This year delivered on everything and then a little more.

I wasn’t able to pull the win in the finals, I did, however, have a whole lot of fun and hang out with some pretty great martial artists.

But, this wasn’t the end of my adventures. Because there was one thing looming on the horizon that I had been quietly planning and not prepping for AT ALL for a few months.

Due to reasons of it being less money. There was an apartment across the street that was opening up and we got a lot more bang for our buck. So, we moved across the street and it involved something like 12 volunteers, two hand carts, a lot of swearing and donating a whole pile of stuff (which felt AWESOME).

And now we’re in the new place and we love it. And I’ve made the promise to never move again until the next time.

Nobody else thought that was funny, either.

But there was yet more going on. This past weekend was something very special.

I’ve also had a crew of candidates working their tails off at the dojo since February. This past weekend they pulled it all together and put on one heck of a test to earn their black belts. It was an absolutely wonderful thing to be a part of, and I couldn’t be prouder of all of them. 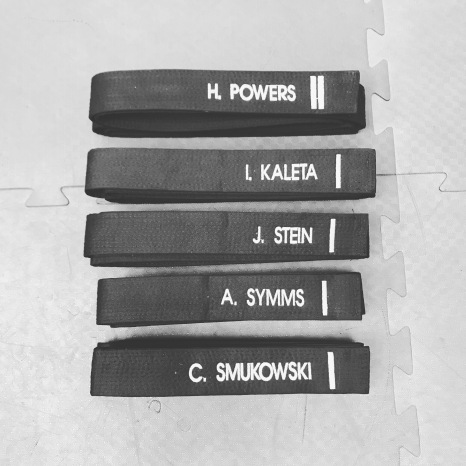 I also graduated with my M.A. I would write more about it, but I honestly can’t remember where it falls in the midst of all the other stuff.

Despite all of this. In the face of all of the activity, accomplishments, adventures, and driving. There are still the moments where I don’t feel it’s enough. There is always so much more out there waiting for me to get to it. The other night I was thinking about the concept of Sonder.

Sonder is a neat idea. Let’s say you’re in a plane, looking down on a city through the window. There are all the lights and cars and busy activity that reminds you so much of an anthill. Sonder is the realization that each of those tiny little specks is another human with a life as rich, and complex, and varied as yours. It really snaps into focus the breathtaking complexity of humanity and has a way of grounding you (me, anyway) in the idea that we’re all a little lost at sea and just doing the best we can.

I was applying this idea of ridiculous complexity and depth to most things I seem to come across. Every adventure I listed up there had so many more facets that had to be taken care of and handled before I could compete, or go, or achieve. The final culmination is a molecule-thin limning of sparkle over the enormous amount of work, effort, stress, and pressure that was required to get there.

It’s simultaneously wonderful and depressing. As are so many things in the world. I think of that like an emotional umami.

Anyway, especially over the last month, this conceptual Sonder has been a thing that I’ve appreciated more and more. Becuase it doesn’t just apply to my achievements. But to everything else. Throughout all of these adventures, I’ve been watching huge efforts and sky-high dreams become realized and I think about all the work that dedicated crew of people had to do to get there.

It’s really cool, inspiring, and more than a little humbling.

So, to all the people out there working on their dreams, or even on something that’s just hard. It’s worth it. And that depth and feeling of drowning that you might sometimes hit? It’s not just you, we’re all right there with you. Keep on keeping on and share that idea with the world.

Well, that’s a result!
What is this…coolness in the air?
New post!
Midday snuggles.
This past week was a blur of awesome, relaxation, and some pretty impressive heat indexes. I couldn’t have asked for better food, more incredible people, or a more relaxing week. Idaho, you were beautiful.
Battle of Atlanta, you were incredible.
Well, that’s a result. Now back to work on cleaning everything up.
Happy Thursday!
Luxuriatin’
And done!
A few days late, but it was a heck of a weekend in Door County with some amazing people! Thanks to random adventures, great humans, and oh so much laughter.
Every now and again, you get a reminder the world is pretty awesome. Happy Monday, everyone!
Follow Kata Nerd on WordPress.com