I’ve been driving a lot lately.

Something like 160 miles a day. Which comes out to around, depending on how often I need to be at the dojo between 650 and 900 miles a week. And that’s not counting any other adventures I take (training in Naperville, visiting either set of parents, exploring the Rennaisance Fair, whatever).

And I’m completely ok with this. I’ve loved driving ever since I got my license and it’s something that I still enjoy. New to this particular chapter is podcasts and TED Talks. They’re something that I have always intended to listen to on a regular basis, but never actually got around to, due to several reasons I was able to make up on the fly.

However, I currently have around 3 hours a day to do nothing else except listen to people more intelligent than I talk about what makes them passionate, what they’re interested in, and how they want to change the world.

It’s humbling, to say the least.

One of the side effects is a near constant state of reflection and rumination on what it is I’m doing.

I’m doing my best to run a karate school, working on grad school, interning, helping with a radio show, helping with a journalism agency, training for NASKA, and trying to support WI martial arts. As well as figuring out how to be a good husband and partner to a woman who works just as hard and has a schedule even crazier than I do (she’s working six 12 hour shifts this week. She’s getting a little slap-happy.).

I could say this is humbling. But it’s moved a bit past that.

As I drove to the first of my three meetings yesterday morning I was reflecting on my own sense of inadequacy. My whole life I have wanted to be the best at whatever it is I’m doing. I have always been aware of the people who are, or who I perceive, as better than me. It’s this constant sense of “less than” that drives me forward until I’m so tired the world gets thready and weirdly shaky and I pass out. I start every day painfully aware of everything I need to do in order to be adequate. And it’s a terrifying realization.

Part of it, I believe, is a constant state of wanting to “become.” Become better, become more than I am now. In pursuit of this, and with an occasional middle finger to reason and common sense, I challenge myself. I take advantage of opportunities presented to me and run with them as hard and fast as I can. But, not always in the most logical of directions.  Then, months later, as I sit in the car watching the yellow lines stretch away into the distance and listen to the tires sing on the highway, I try to figure out what the hell I’m doing and where on earth will all of this end up.

But, here’s a thought. I believe sitting back and accepting your own skill is a dangerous path. It’s one that leads to entitlement, arrogance, and stagnation. It’s something I wrote a post on a while ago (check it) Because of this, I try not to talk about my tournaments, my publications, or my travels. I try not to dwell on what I’ve done. And instead, look at all I want to do.  I’m still working. I’m still becoming, and until I reach the top of my mountain, whenever that may be, I don’t feel I’m entitled to rest on my laurels.

It’s a very Midwest mentality. Put your head down, work hard, and be kind (also, feed everyone who walks in your door.).

So I sit here at my desk and articulate a big question to which I have no answer, but I feel everyone is asking. On bad days my gut reaction is to drop everything, light it on fire, and wander away to live someplace cold.

But that’s not who I am.

Instead, I put my head down, work hard (and hopefully in the right direction) and be as kind as I can. Because ultimately, it’s not the end goal that’s important. It’s all the trials, tribulations, and small victories along the way. It’s about how many lives I can touch, how many people I can help, and about staying true to who I am as a person, a teacher, a competitor, a husband, and a friend.

One step at a time. I will climb my mountains. 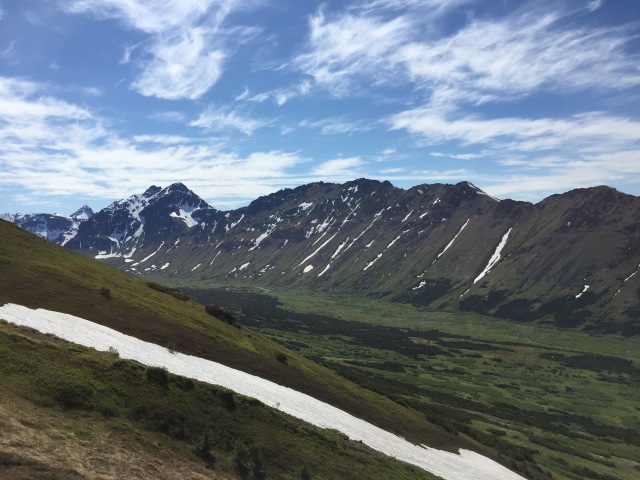