The past few weeks there has been quite the secret that I’ve been sitting on. It was something that I thought about writing on indirectly. In fact, there were edits on many posts made right before publishing. A type of last minute, frantic, realization of what I was doing.

As you may be able to tell. I sometimes struggle to keep secrets.

But, this one was a good one.

For some of the uninformed. The girlfriend beat the crap out of cancer two years ago. When I met her, she was just starting to get some hair back, had no eyebrows, and had a big ‘ol gauze pad on her neck from a biopsy on a lymphnode.

Anyway, this past Friday we celebrated her re-birthday party for the first time. Last year we were busy doing awesome things in Portland. This year it kinda snuck up and was a bit of a surprise.

Over the last year or so things have been going really well. Like, crazy well. And it was during a dinner at Senei Mark’s house that I had a realization.

Why have I not moved forward? What on Earth am I waiting for? 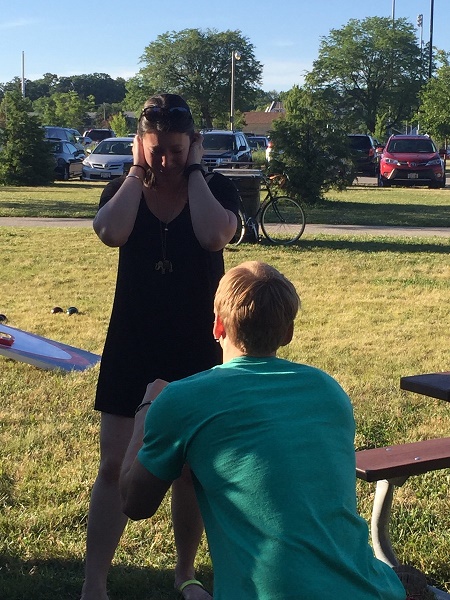 And she said yes.

What this boils down to is the girlfriend will now be referred to as the fiance, and there a whole new ocean of adventures to conquer together. Namely, planning a wedding and figuring out what to do now that I’m a respectable, engaged adult.

I’m still working on it. But, I’m one hell of a lucky guy.

2 thoughts on “A New Happening.”

Leadership is the art of motivating a group of people to act toward achieving a common goal. We work on developing Leadership Skills and Styles to influence others.