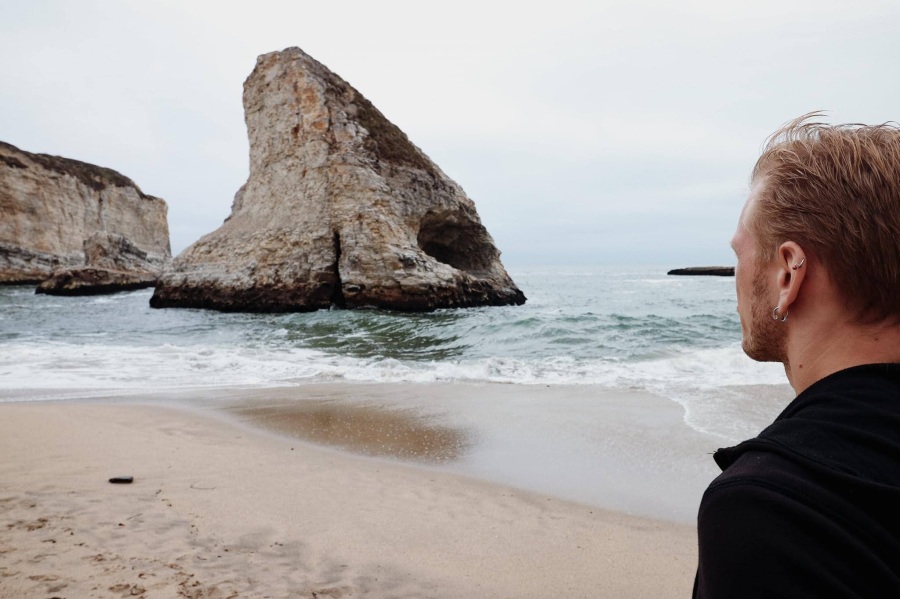 This whole sequence of countdown posts was a half baked idea 6 months ago. Back then I knew what the ending was going to be, but now that I’m actually there, I’m a wee bit nervous.

Which is a good thing, that same adage that I started the first post of the sequence with – if it scares you, it’s probably the right choice – is one that I STILL fully believe.

That doesn’t make it any easier to actually DO the thing, though.

Because, here’s the thing. Most of the writing I do on this blog is lighthearted, or informative, or ridiculous. It’s fast and it’s a quick read and I love that, I really do. But there are times where that’s not what’s going on. Where, instead, life is a lot scarier and more brutal than I want it to be and there’s no sparkly prose, no quickstep of syntax to obfuscate the idea that the next bit is going to hurt, and there’s absolutely nothing you, I, or anyone can do about it.

It’s a metaphorical ledge we all stand on from time to time. We all have to make a hard choices where neither result is what we want. We have to pick the one that we can handle, or the one we think we can handle. Both are difficult, and both will take their toll.

So here I am. Standing at that ledge and looking out into the darkness. There are scary things there. There are shames and regrets and mistakes, and moments that live in my memory that burn like plasma in a vacuum.

And the idea of stepping out into that? Of casting a light and showing off a little of MY collection of horrors?

Today, it’s the right thing to do.

So, let’s walk together.

Yup. You read that right. The whole marriage thing didn’t work out. But bear with me, it’s going to be ok.

This past summer Lia and I separated.

It was the culmination of many things, as these things always are. It was decided on a sunny day in Ohio, while trying a new brewery which sparked a conversation that ended with the realization this just wasn’t working and that it hadn’t been for a while.

It was a heck of a chaser to my beer, let me tell you.

That conversation outlasted the brewery, a fair amount of Ohio road, one coffeeshop parking lot, and finally, concluded in her apartment.

And the end of which, we were done. She gave the ring back, I grabbed my bag, and then had a 7.5 hour car ride home to process what had just happened. After about an hour, I called a few choice people, and tried to figure out what I was supposed to do NOW.

And, for the most part, I think I have. I’ve talked to a lot of people, I’ve met a lot of people, and found, or was reminded of, some truly wonderful souls out there (y’all know who you are). There were late nights and early mornings. Hikes and trips and more karate than you could shake a few sticks at. I lost a few friends, and gained a few more. I worked out more, ate better, and spent some time really thinking about what I wanted.

And I still don’t know what it is I want. But, I AM getting closer. But then again, that’s been a theme always.

January 6th the divorce was finalized and, for me the words. “…do you both agree this marriage is irrevocably broken” resonated in a way that I think will stay with me for a long time. Because, here’s the thing.

I talk about failure all the time.

Almost every day while I’m teaching I ask the kids if anything bad happens when they mess up?

Will the ground crack open and swallow them? Will their hair light on fire? Will I be angry at them?

They laugh, they all shout “no!” And we talk about what to do if we DO find ourselves a little stuck. We talk about how making mistakes is a part of learning, and how each mistake help us get a little better and little stronger every time.

Almost every day I have that talk.

Did I fail in my marriage? Absolutely.

Did I make mistakes, act pettily, and sometimes a little selfishly? Absolutely.

Did we both? Absolutely.

Do I regret our years together? Never.

Every failure gives us have the choice to learn, or to be buried.

I choose to learn.

When I was younger I used to read voraciously. Books would be crushed under the onslaught of my pursuit for more stories.

When I took over the business I had a set number of tasks I would de every month. I was organized, and things were a little less chaotic behind the desk.

When I was brought onto AKA I was training weekly in Naperville and making strides like never before.

When I was in Grad School I was writing almost constantly, I was making stories, being creative and just getting words on the page.

All of these things, in some extent or another, I’ve failed at.

And that’s ok. It’s how I learn. It’s how I get better. I have mishandled, misspoken, tripped, typo-ed just about every situation possible in addition to starting an awful lot of great novels – I like to leave them hanging. It’s my way of taking control of the narrative.

And again, all of this is ok. Failure is good. Failure means I’m trying something new, failure means that change is happening.

But the fact of the matter is I still failed at these endeavors, in some context, so the last six months has contained a lot of crow, and the eating of it.

That’s always the mantra, isn’t it? I know that I’ve spent a fair portion of my life with the “one day” idea. Who hasn’t?

But here’s the thing every day is a new day. Every day could be THE day.

If I have learned anything from 2020, it’s that there is not enough time in the world to do the things that you may wish. And wasting time waiting, is just simply silly.

Do the thing. Make the change. Eat the ice cream.

Because it’s astonishing at how completely and utterly the world can change in the course of a conversation.

We’ll get back to the regular programming of something funny, something thoughtful, and something made up. But it’s been a ride, and to all the named masses out there, thanks for sticking through. The communities that I’m a part of are truly wonderful, and y’all might not know how important you were over the last year.

Let’s have a better time of it this trip around the sun.